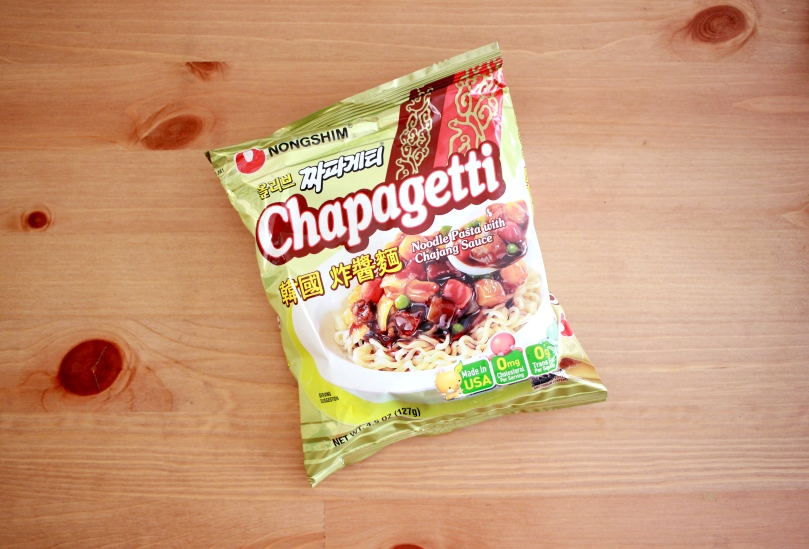 Hi, I’m Anastasia, and I eat massive amounts of ramen and I want to tell you about it.

If you were to ask me what my favorite food was, the answer would change on any given day. To say I am obsessed with food is ridiculous, in that it’s ridiculously accurate. There is, though, one kind of food that I could eat every single day and never get sick of it: the soup noodle. My true appreciation for soup noodles began when I lived in Taipei (the motherland of soup noodles IMHO) and has grown exponentially ever since. It comes in so many forms, from so many countries, with so many flavors and style of noodle and protein and broth. It’s a food with multitude nutrients that will fill you up and keep you warm. It’s: the. best. food.

Soup noodles of all varieties are still a staple of my diet, and I really love trying different ramen (instant or otherwise). I decided it would be fun to do a segment every Saturday reviewing all the ramen I try. I hope I can inspire myself to eat ramen besides Shin Ramyun Red Label... then again, Shin Ramyun is great.

First up this week we have Chapagetti! Another weekly staple of mine, maybe second to Shin Ramyun, actually! Jjajangmyeon is one of my comfort foods, a thing which I think began in college when I’d buy giant packs of Paldo Jjajangmen and eat them when I was broke and sad. Chapagetti is not my favorite but it’s readily available and I almost always have some in the apartment! I usually pay around $1.30 for my Chapagetti around NYC- I think slightly more from the deli across the street, but I got this package at H-Mart!

I guess I enjoy the packaging for Chapagetti, but I dont find anything aesthetically enticing about it. Do you think a lot about your ramen packaging? Because frankly I think packaging is the thing that pulls you in initially- ramen packaging is always fun and poppy. However Chapagetti is on the grandma-y side, and that’s coming from someone who considers herself a thorough grandma.

It’s a little boring, and the photo doesn’t portray how one might “make it nice” because what the photo shows is the sauce dolloped on top (as you would do with jjajangmyeon) but you actually cook the noodles IN the sauce, so it’s inherently mixed together. Minus a point!!! Because I can never live the most beautiful life that you advertise to me!!!!

On the other hand, as shown above, I’ve always thought Chapagetti has a really nice look to it when it’s all said and done and plopped into a bowl. Full points for bowl aesthetic! I need some new chopsticks, though, don’t I?

Chapagetti requires less water than most instant noodles- about 1 1/2 cups. Personally, I usually add closer to 1 3/4 because I like my sauce a bit more saucy! The interesting thing about this one is that you put everything in all at once- which includes the noodles, a packet of sauce powder, and a small packet of oil.

You let the water come to a boil and then cook it for about 4 minutes after. Lovely! It’s kind of a one-step process so it’s super easy, which is perfect because I am super lazy. I know that there are “better” ways to prepare these noodles, and I may try them for this blog, but hey a review should follow the standard of the package.

Chapagetti doesn’t have the strongest “chajang” flavor- it’s not very beany, and it’s very salty. The sauce is also pretty thin, which isn’t a huge deal because it *is* just instant noodles after all. One point deducted for pretty uninspiring sauce. As you can see, there aren’t many vegetables in it either- there’s about 2-3 potato chunks per package which is not a lot, let’s be real. But the flavor they have is still good and I like it!

The noodles are not too thick or chewy, which is a point against Chapagetti. They feel slightly heftier than the usual cheap instant ramen. I also generally cook my noodles at the minimum time directed on the package, so that they can be more on the al-dente side, and I think this is the way to go for Chapagetti.

All that being said, Chapagetti is never completely filling. Last time I had it for dinner I ended up drunk-ordering sushi a couple hours later (which, I will say, was totally filling). For me, per-meal-price-point is pretty important for ramen- I expect to be reasonably full after eating ramen, and very full if I eat it doctored up with eggs or cheese or what have you. Another point down!

Like I said, this is one of my go-to ramen noodles, so you can expect I’d rate it high. It’s not stellar, it’s not my favorite, but it’s consistent and delicious.

I wanted to do something I know pretty well for my first installment so that I could devise a format for these posts- a format which COULD change if I see fit, but these are the things I think about a lot when eating and choosing my ramens and so they’re things I assume someone else out there thinks about too! And if not, maybe now you do<3

designer and plush artist
based out of brooklyn
toys, jfash, junk food

Happy Pokemon Day! When I was 7 we moved to a new house, and therefore a new school. I have never made friends super easily because shy loner artist yadda yadda. But I was able to play with kids at recess regardless because we would all play pokemon and everyone knew what pokemon were hahahaha. It's been almost 22 years since then and I love Pokemon just as much, if not more, today as a 28 year old! Its brought me together with so many of you, fans and friends. Its inspired me and helped me grow as an artist and its created a world I always know I'll feel a part of and have a place in. Thank you Pokemon! 💖 #pokemonday #pokemonswordshield #pokemonartwork #pokemonpins #babypokemon #nerdstuff
Back to top
%d bloggers like this: